Pediatric acute ischemic stroke (AIS) is an uncommon and poorly understood clinical entity, but its absolute incidence has been increasing and may represent significant cause of disability. In 2019, the American Heart Association Stroke Council and Council of Cardiovascular and Stroke Nursing issued a statement suggesting emergent therapies and endovascular therapies be limited to consideration of children with persistent neurologic deficits (pediatric NIHSS >/= 6), radiographically confirmed large vessel occlusion, and those with a large body habitus due to technical considerations and risks with exposure to radiation and contrast.

Using ICD diagnosis and procedural codes, the authors identified 7341 pediatric patients hospitalized with AIS with stenosis or occlusion of precerebral or cerebral large arteries from 2010 to 2019, of whom 2.9% received EVT. Unsurprisingly, there was an increase in EVT use after the landmark clinical trials in adults in 2015. Among those who received EVT, the average age was 13.8 years, 26% were non-White, and the mean NIHSS was 11.4, often involving aphasia. About 79% had anterior circulation occlusions, 13% basilar artery occlusions, and 8% were extracranial carotid occlusions. Arteriopathy was the most cited etiology for AIS in the EVT group (27%), followed by precerebral arterial dissection (22%).

A little over half of patients who underwent EVT had favorable outcomes defined as discharge to home or self-care (with or without services) or short-term acute rehabilitation stay. In adjusted analyses with propensity score matching, there was no statistical difference between patients treated with EVT and those medically managed (55% vs 53%, p=0.830). In the EVT group, 8% died, 18% had any intracranial hemorrhage, and 8% underwent decompressive hemicraniectomy, while the medically treated group had 3%, 5%, and 2% of the aforementioned outcomes, respectively. There were no reported procedural complications or contrast-induced kidney injury in the EVT group.

The authors conclude there has been an increasing trend in utilization of EVT in pediatric AIS, with promising signals for EVT in terms of short-term functional outcomes. Readers should be cautioned that this was an observational study from an administrative dataset. The EVT and medically treated groups are not entirely comparable given the medically treated group may or may not have had an indication for EVT. Use of propensity matched analysis may mitigate some bias, but in a poorly understood clinical entity such as pediatric AIS, there may be unknown, but relevant, confounding. Therefore, the authors cautiously conclude that further studies, including randomized control trials, should be considered to fully address the safety and efficacy of EVT in this population.

Get the latest research in your specialty delivered directly to you with eAlerts from #AHAJournals. Select "Sign in" and then "My Alerts" to manage your free account. To start, go to https://t.co/mIwBWpavLA https://t.co/T29oOcviPO
View on Twitter 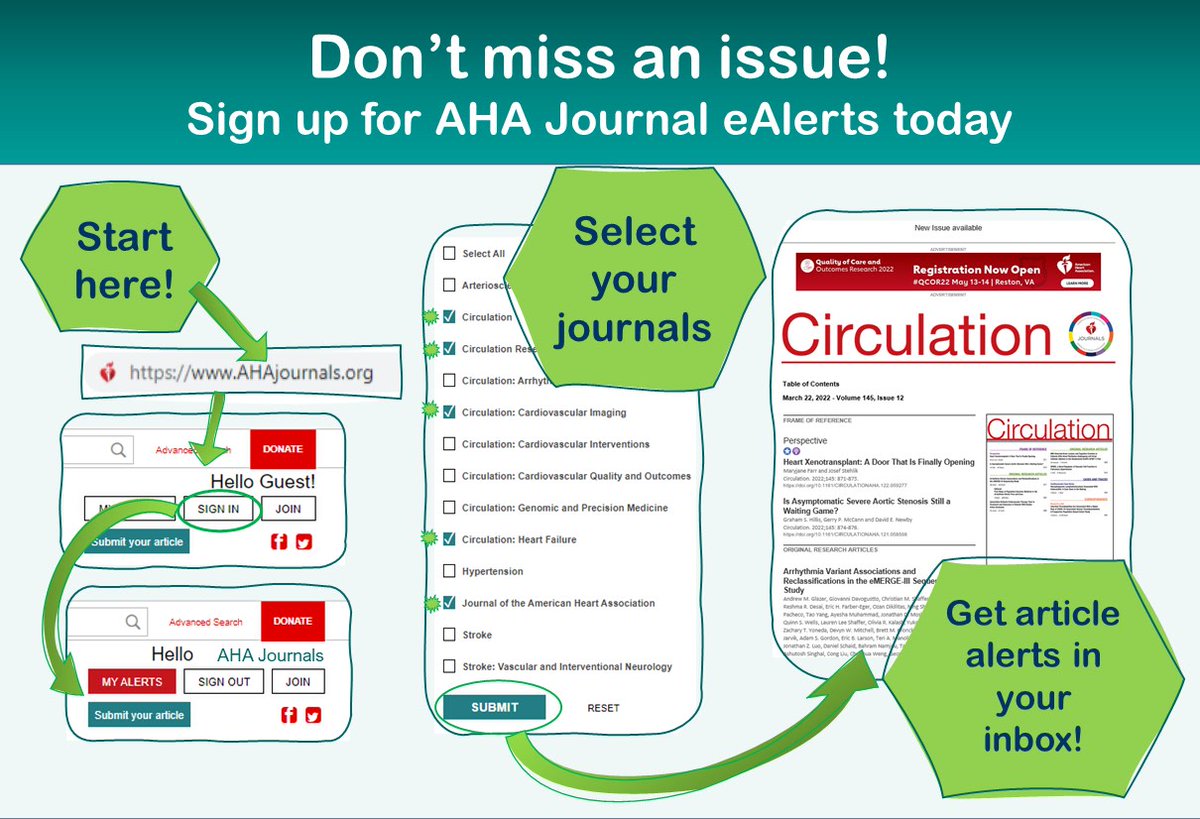 Advances in Neuro-Cardiology, #Afib and beyond at Hall E!

@vdelbrutto here! will be live-tweeting for #ISC23 during Wednesday's morning sessions, su much state-of-the-art science being presented! keep tuned for #STROKE
View on Twitter
0
0

In this study of pts treated in the MSU & healthy controls, the neuroinflammatory cascade was found to be activated w/in 36-133 mins after #stroke & progressed rapidly, indicating need for development of hyperacute immunomodulatory stroke therapies. #ISC23 https://t.co/AKTxedEWZY https://t.co/JNCDh8Hys6
View on Twitter