Early mechanical thrombectomy (MT) with successful recanalization leads to better outcomes following acute ischemic stroke. However, reocclusion of the treated vessel can occur in certain patients. It is important to identify those patients who are at high risk for such events so that measures can be taken to prevent potential neurological deterioration.

The study by Marto et al. published in Stroke in August 2019 sought to address this very topic. The authors examined data from the Acute Stroke Registry and Analysis of Lausanne cohort and included patients with anterior and posterior circulation strokes who were treated with MT, with resultant TICI 2B-3, and had 24-hour vascular imaging available. Reocclusion was defined as a new intracranial occlusion within an arterial segment that was recanalized at the end of MT.

This is a single center study with a large minority population, which assessed calendar time trends of DNR orders after stroke from 2007 through 2016 in the ischemic stroke (IS) and intracerebral hemorrhage (ICH) patients in different race-ethnic groups.

Only the first stroke events (both IS or ICH) were included, and patients with missing DNR status were excluded. Race-ethnicity was obtained both from medical records and from interview if missing from medical records. Time to DNR was calculated as time from stroke presentation to DNR order in hours. DNR orders were considered early if documented at or before 24 hours from the admission, and late if documented > 24 hours after admission. The authors have included neurodegenerative disease, history coronary artery disease, congestive heart failure, myocardial infarction, cancer, chronic obstructive pulmonary disease, end stage renal disease, cholesterol, hypertension, history of stroke, atrial fibrillation, diabetes, insurance status, and stroke severity. The authors initially used two types of 3-way interaction: one was between stroke type, calendar year, and binary DNR timing; another one was between race-ethnicity, calendar year, and DNR timing, but was removed due to lack of significance. So, eventually calculated 2-way interactions. DNR timing (early and late) was represented as dichotomous covariates.

By strokeblog|September 9th, 2019|clinical|Comments Off on Article Commentary: “Time Trends in Race-Ethnic Differences in Do-Not-Resuscitate Orders After Stroke”
Read More

The CHANCE trial had previously shown that dual antiplatelet therapy reduced the risk of recurrent stroke. However, the trial was conducted in a homogenous population in China; therefore, its applicability on an international population was uncertain. Enter the POINT trial.

A total of 4881 patients were enrolled at 269 international sites. Patients had to be at least 18 years of age and randomized within 12 hours after having an acute ischemic stroke with a score of 3 or less on the NIHSS or a high-risk TIA defined as ABCD2 score of 4 or more. Isolated numbness, isolated dizziness, and isolated visual changes were all excluded. Patients were randomly assigned in a 1:1 ratio to receive either clopidogrel plus aspirin or placebo plus aspirin. Patients receiving clopidogrel were given a 600 mg loading dose on day 1, followed by 75 mg daily from day 2 to day 90. Aspirin dose was determined by treating physician but was given in doses ranging from 50 mg to 325 mg daily. The primary outcome was the risk of composite ischemic stroke, myocardial infarction, or death from ischemic vascular causes. The primary safety outcome was the risk of major hemorrhage or death from hemorrhage.

By strokeblog|September 6th, 2019|clinical|Comments Off on Article Commentary: “Clopidogrel and Aspirin in Acute Ischemic Stroke and High-Risk TIA”
Read More

Clot Histology: A Possible Clue to the Etiology of Ischemic Stroke

Stroke accounts for approximately 10% of all deaths worldwide and leads to substantial long-term disability. The majority of the strokes are ischemic in origin. No identifiable cause is found in up to one-third of the patients after a standard evaluation, which limits the options for secondary stroke prevention. Mechanical thrombectomy has been found to be highly effective in patients with large vessel occlusions (LVO). In addition to the revascularisation, endovascular procedures have also created a unique opportunity to identify the likely stroke pathogenesis by providing thrombus material for further study. Emerging insights on various thrombus characteristics can not only provide valuable information that might be useful for guiding acute therapies, but also in optimizing secondary stroke prevention, as different components in the clot may respond to different pharmacological strategies.

Studies have tried to correlate thrombus histological composition and stroke pathogenesis. Sporns et al.1 observed that clots from a cardioembolic source had a higher proportion of fibrin/platelets and fewer red blood cells than noncardioembolic thrombi.

By strokeblog|August 30th, 2019|clinical, pathogenesis|Comments Off on Clot Histology: A Possible Clue to the Etiology of Ischemic Stroke
Read More

NLRP3 Inflammasome as a Therapeutic Target for Ischaemic Stroke: Are We Really There Yet?

Inflammation plays a key role in the fight against infection. However, following ischaemic brain injury, inflammation can play a very different role, exacerbating the severity of damage. Inflammation results in long lasting, ongoing damage from the onset of vessel blockage through to and during reperfusion of the ischaemic brain area. One possible player within the inflammation related post-stroke damage is the NLR family pyrin domain containing 3 (NLRP3) inflammasome. During ischaemic brain injury, NLRP3 senses multiple stroke-induced stimuli leading to the recruitment of the adaptor protein ASC (the apoptosis-associated speck-like pro-caspase-1) resulting in caspase 1 production leading to downstream IL-1β and IL-18 production and release. IL-1β is well-reported to have significant pro-inflammatory and pro-apoptotic effects during acute ischaemic stroke.

A recent study by Lemarchand et al., published in Stroke, sought to determine the importance of NLRP3 to the damage occurring following ischaemic brain damage. Previous studies have reported associations between NLRP3 and an increase in the severity of ischaemic brain injury, leading to the suggestion that targeting NLRP3 could be a potential therapeutic avenue. These previous studies report NLRP3 inhibition to be protective during ischaemia, alongside data showing that mice deficient in NLRP3 show decreased damage when compared to WT counterparts. However, contrary to this, the group responsible for the paper discussed here have previously reported that ischaemic brain injury develops independent of the NLRP3 inflammasome in a rodent model of stroke, suggesting instead that the NLRC4 (NLR family, CARD containing 4) and AIM2 (absent in melanoma 2) inflammasomes contribute to the resulting brain injury, independent of NLRP3. Lemarchand et al. sought to categorically determine the role of NLRP3 in ischaemic stroke damage, using genetic and pharmacological inhibition of NLRP3. Furthermore, to increase the robustness of the data, the group utilized the FeCl3 (ferric chloride induced thrombosis) model of preclinical ischaemic stroke, where FeCl3 soaked strips are applied to the middle cerebral artery causing localized and immediate thrombus formation, a model that may have considerable clinical relevance.

By strokeblog|August 28th, 2019|basic sciences|Comments Off on NLRP3 Inflammasome as a Therapeutic Target for Ischaemic Stroke: Are We Really There Yet?
Read More

Narrowing the ESUS Concept: Left Atrial Volume Index as Indicator of Left Atrial Enlargement and its Relationship with Presence of AF in Stroke Patients

The concept of ESUS is still a broad field of study that includes multiple etiologies, including hidden atrial fibrillation (AF), among many others. The latest published studies of secondary prevention in patients with ESUS (NAVIGATE-ESUS, RESPECT-ESUS) have not demonstrated superiority of anticoagulation versus aspirin, probably due, among other reasons, to the etiological heterogeneity of the ESUS concept. The latest studies, still in development, such as ARCADIA or ATTICUS, seek to refine and reformulate the concept of ESUS using biomarkers of atrial pathology such as morphological (left atrial enlargement) or electrical changes (atrial high rate episodes, increased P-wave terminal force in V1 on ECG) as indicators of hidden atrial fibrillation in patients with ESUS.

Jordan et al. show that left atrial enlargement measured as left atrial volume indexed (LAVI) is a good biomarker of the presence of atrial fibrillation in stroke patients. The LAVI of 1020 patients admitted to their hospital after an ischemic stroke are prospectively analyzed and correlated with the etiological subtype, divided into three categories: cardioembolic stroke (CES), non-cardioembolic stroke (NCE), and ESUS. In addition, in the ESUS subtype, prolonged cardiac monitoring was performed in 24% of them, with a hidden AF detection rate of 18.2%.

By strokeblog|August 27th, 2019|clinical|Comments Off on Narrowing the ESUS Concept: Left Atrial Volume Index as Indicator of Left Atrial Enlargement and its Relationship with Presence of AF in Stroke Patients
Read More

Approximately one-fourth of patients with atrial fibrillation (AF) have coronary artery disease (CAD), and a significant number of them undergo percutaneous coronary intervention (PCI) and stent placement. This clinical scenario represents a special circumstance in which a combined antithrombotic regimen with platelet anti-aggregation (to prevent stent thrombosis and myocardial ischemia) and anticoagulation (to prevent AF-related cardioembolic stroke) is warranted. Previously, in the absence of randomized controlled trials, guidelines supported the use of a Vitamin K antagonist (VKA) and dual antiplatelet (DAPT), especially when drug eluting stents were used. This regimen known as “triple therapy” has shown to have a fourfold risk of bleeding complications when compared to oral anticoagulation alone.

They will be discussing the article “Effect of Standard vs Intensive Blood Pressure Control on the Risk of Recurrent Stroke: A Randomized Clinical Trial and Meta-analysis,” published in JAMA Neurology.

Dr. Anadani: First, I want to thank Prof. Kitagawa for agreeing to the interview. Prof. Kitagawa is the lead investigator of the RESPECT trial, which investigated the optimal blood pressure goal for secondary stroke prevention.

Could you please share with the readers the rationale behind the RESPECT trial and summarize the key findings of the trial?

Dr. Kitagawa: Although the SPRINT trial recently demonstrated that a systolic blood pressure (BP) target of <120 mmHg was superior to <140 mmHg for preventing vascular events, no evidence was published about what is the optimal blood pressure target in the secondary stroke prevention.

Racial and Ethnic Disparities in Thrombectomy for Acute Stroke

I was excited for the chance to review this article, as this topic is near and dear to my heart as someone who does community stroke education to help improve healthcare disparities in this area. From my experience in providing stroke education to more diverse communities, there is much less knowledge in terms of recognizing stroke symptoms and the importance of prompt care to be eligible for tPA and mechanical thrombectomy (MT).  Unfortunately, I was not surprised when I read the results of this paper.

It has already been established that minority patients receive less MT; however, this study looked at updated data (2016-2018) to see if this still held true following the publication of multiple positive MT trials in 2015. MT has become increasingly utilized after a series of positive trials published in 2015 and is now the standard of care for treatment of stroke due to large vessel occlusion. For more information on these trials, the HERMES collaboration is a meta-analysis of five major trials in The Lancet, published in 2016.

By strokeblog|August 21st, 2019|clinical|Comments Off on Racial and Ethnic Disparities in Thrombectomy for Acute Stroke
Read More

Better is the Enemy of Good

The achievement of mTICI 3 after one pass, known as first pass effect, is clearly associated with better functional outcome, as compared with those patients with more passes needed to obtain full recanalization. But how many passes should we attempt before stop procedure? Or maybe we should pursue a good (TICI 2B) but not perfect recanalization, instead of seeking TICI 3, because such recanalization is more than enough for patient outcome?

These are some of the aims of this study, in addition to finding the relation between number of passes and recanalization degree and clinical outcome.

By strokeblog|August 20th, 2019|clinical, treatment|Comments Off on Better is the Enemy of Good
Read More
Previous56789Next 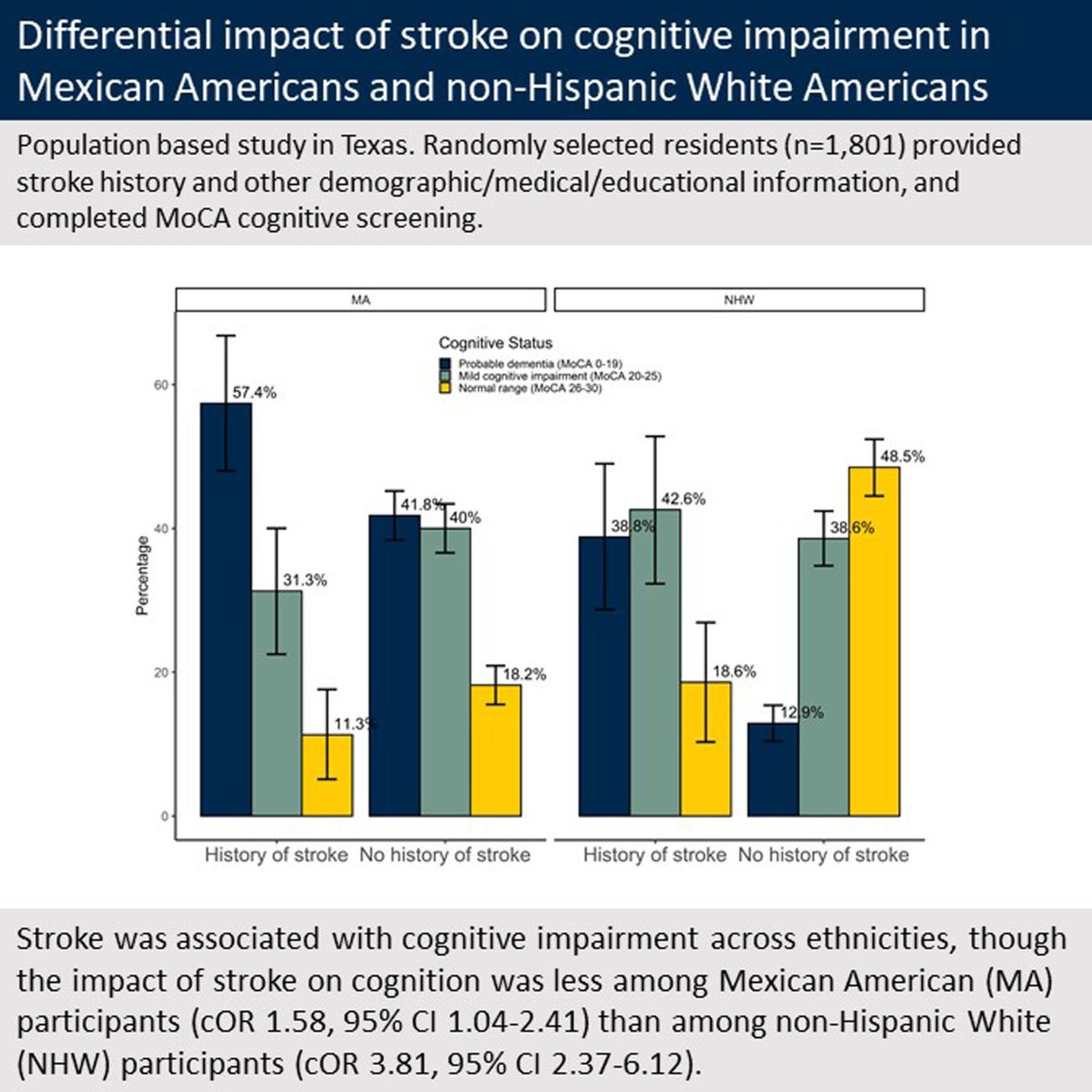 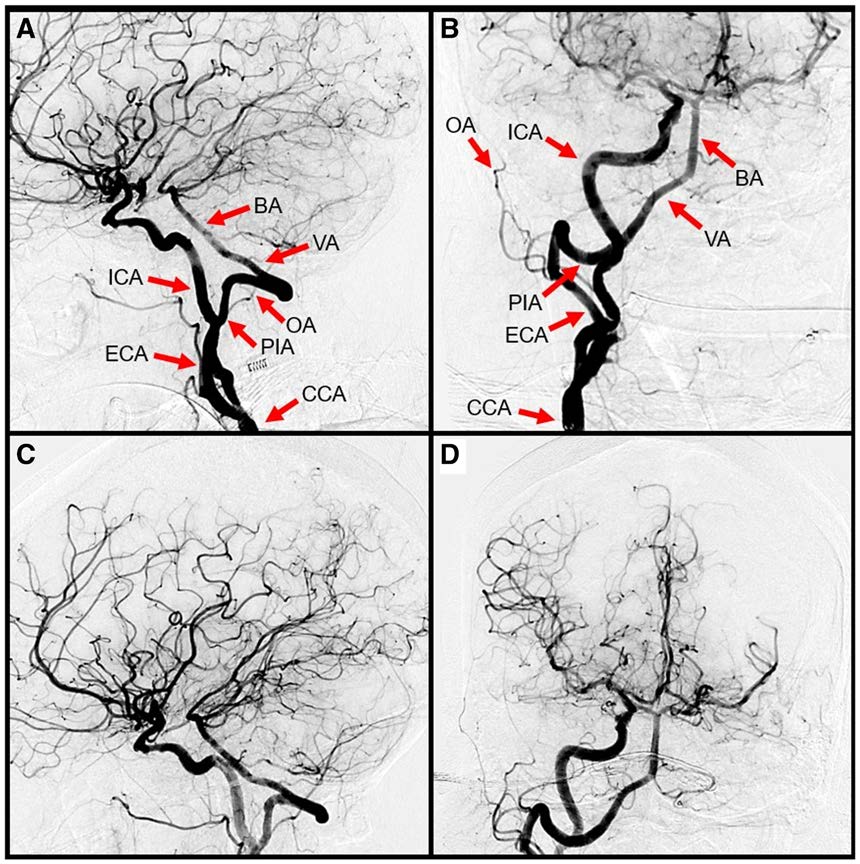 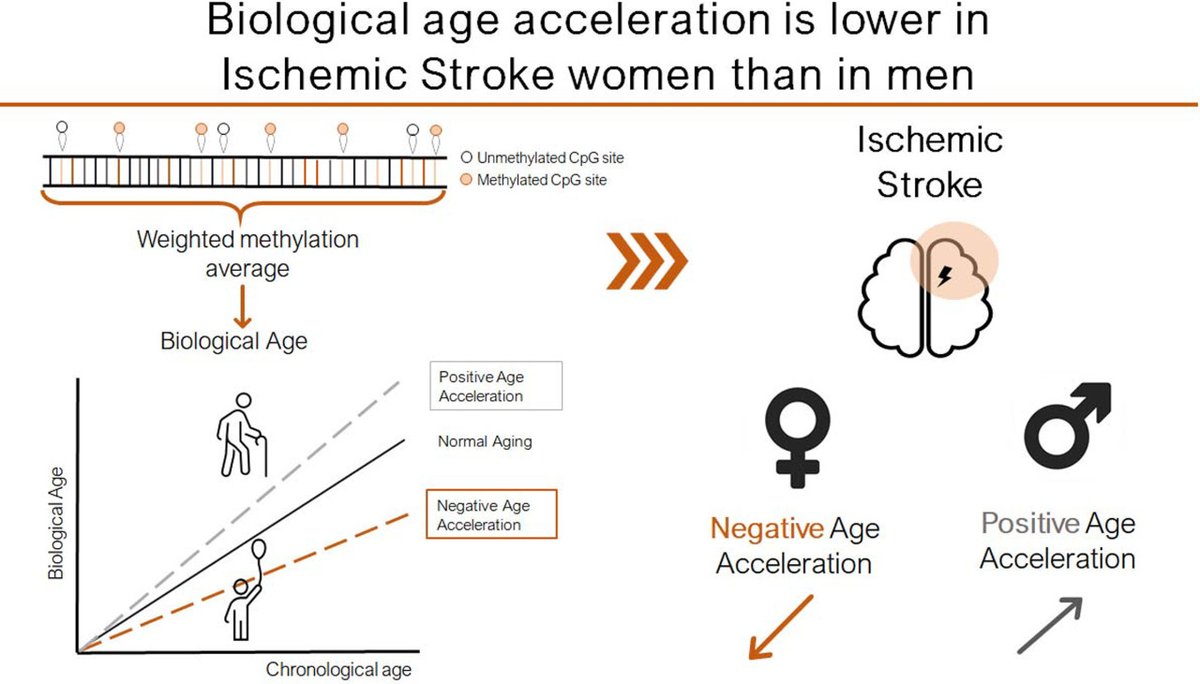 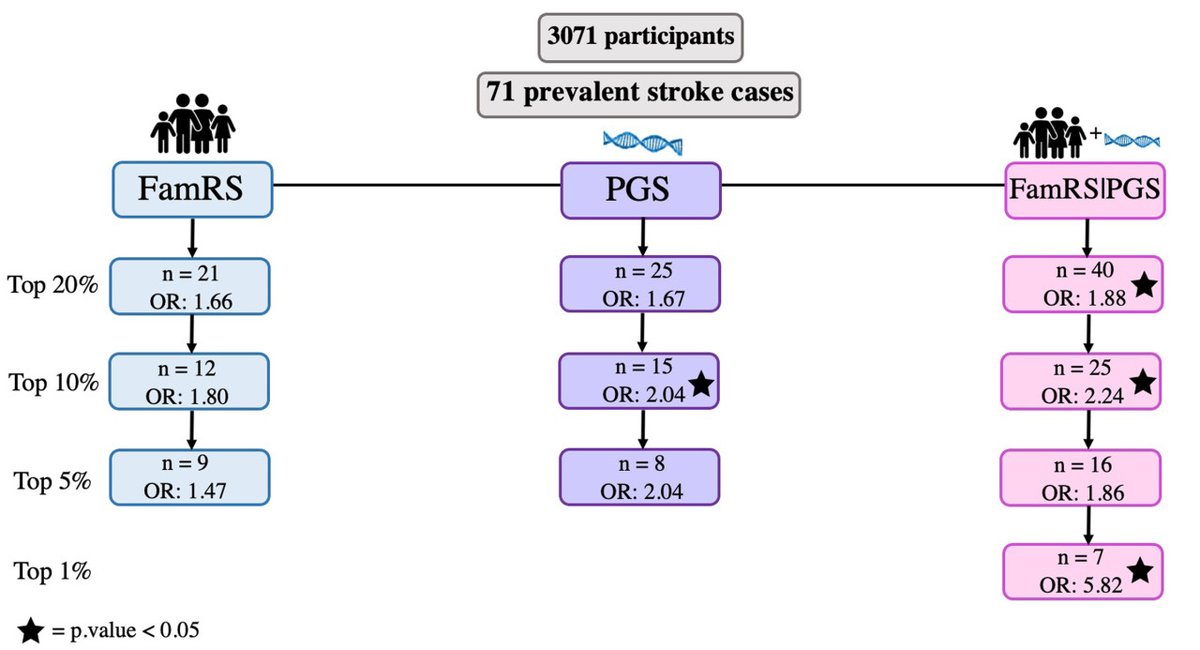 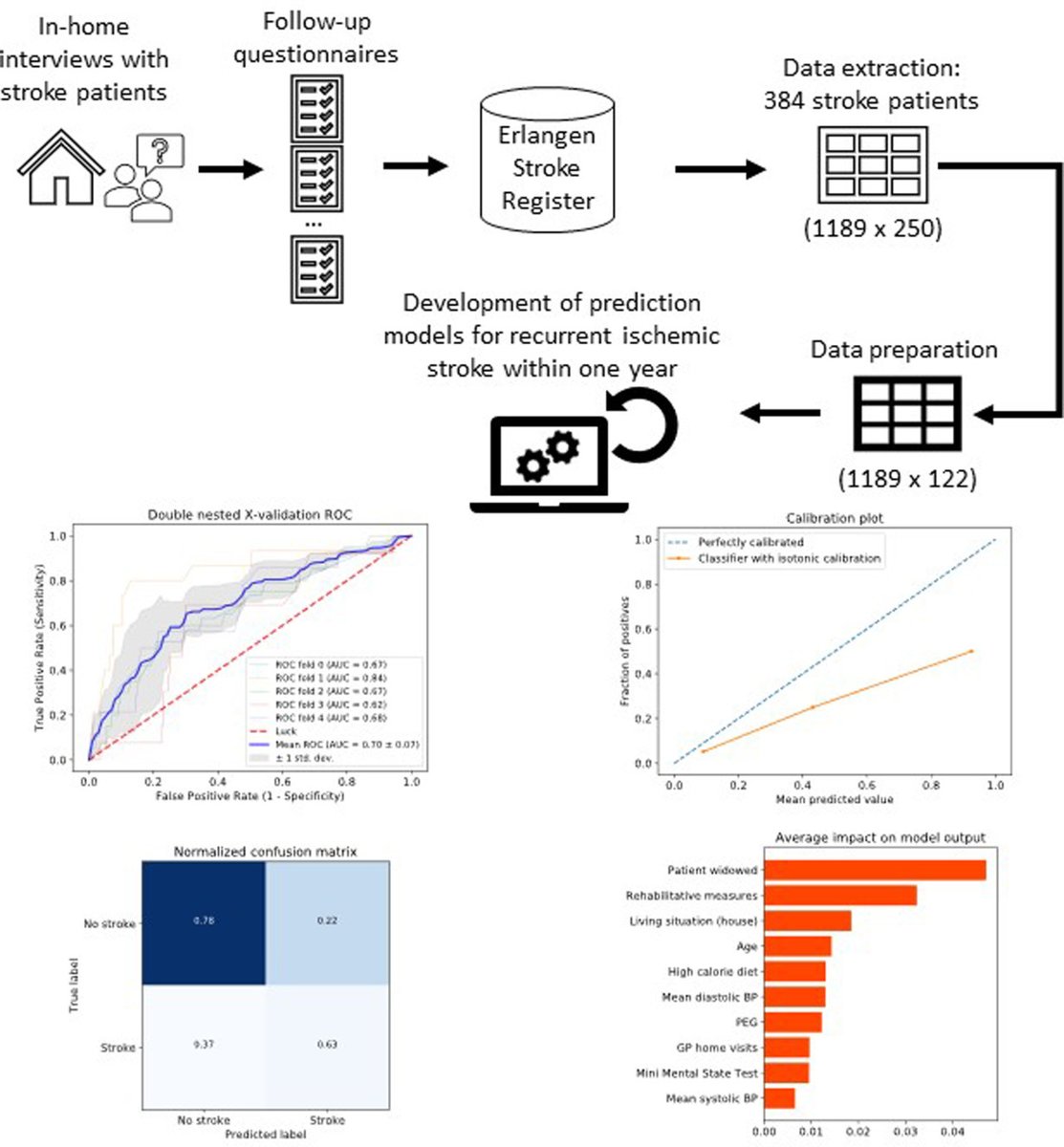 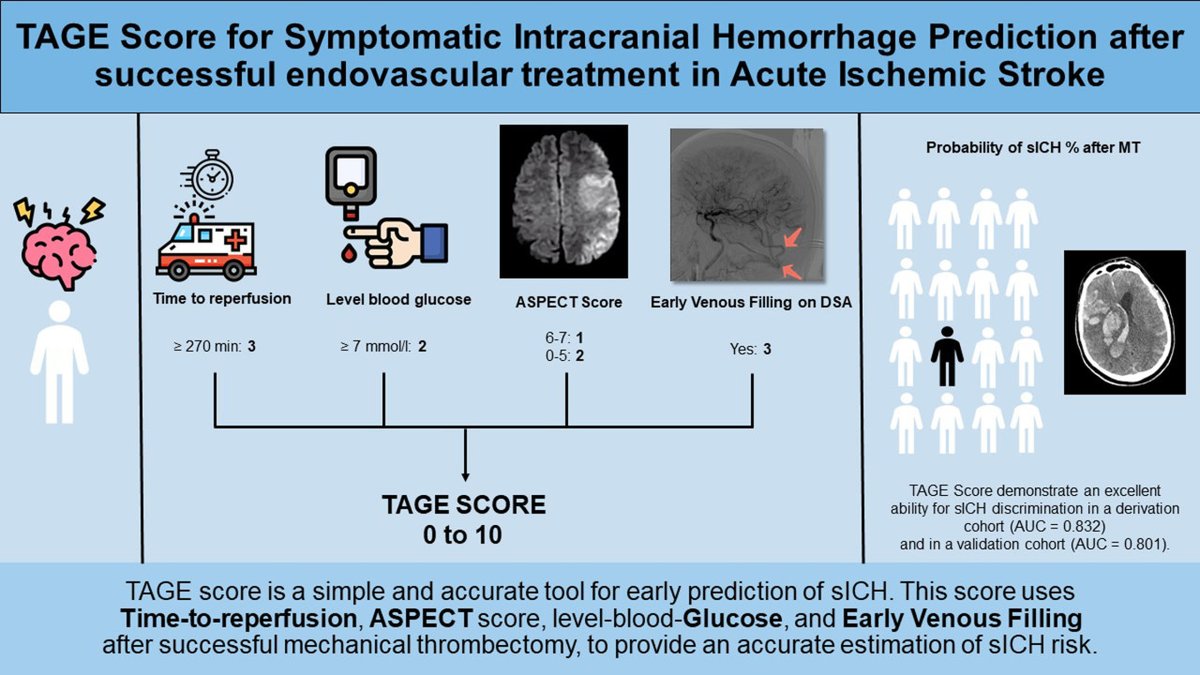 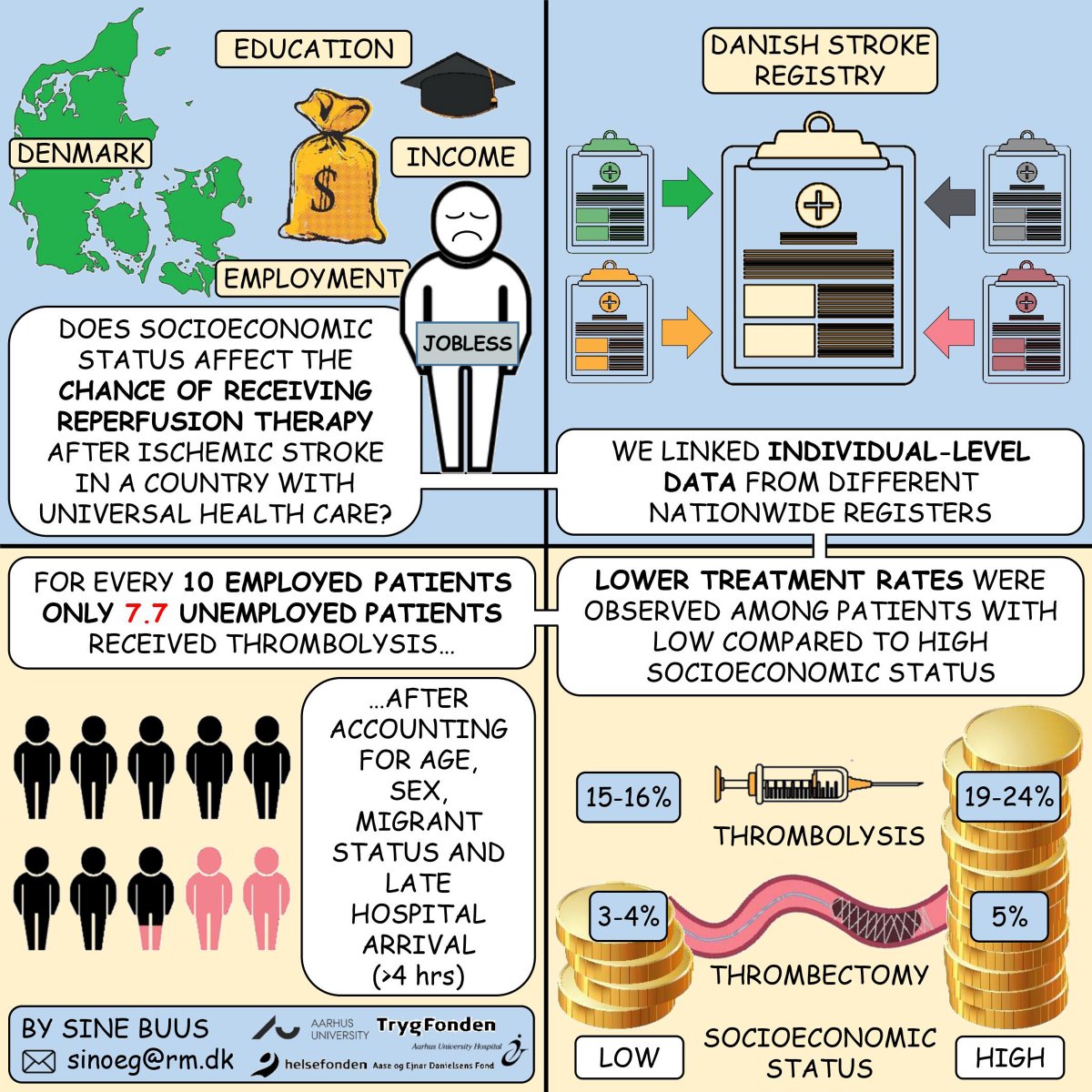 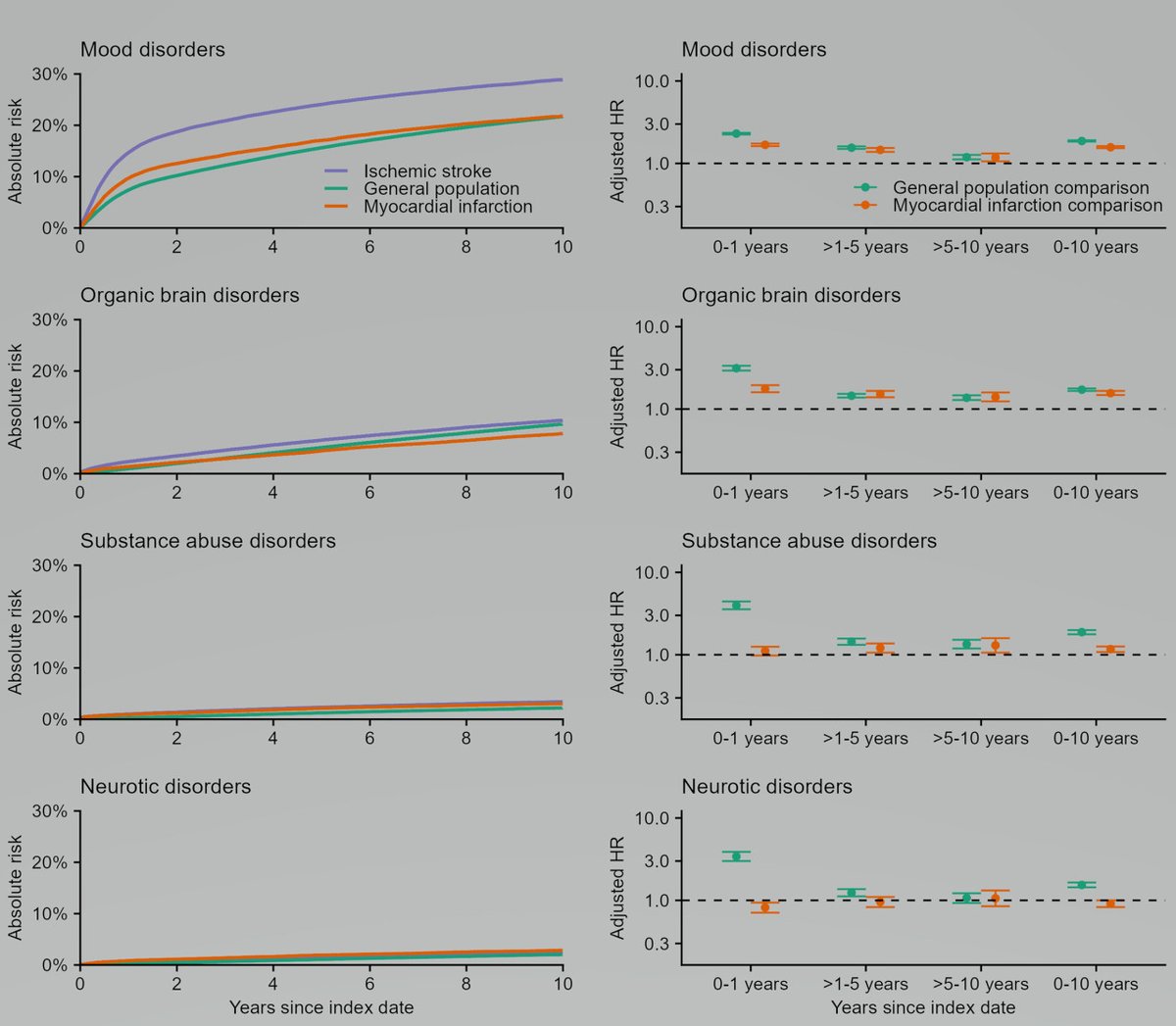 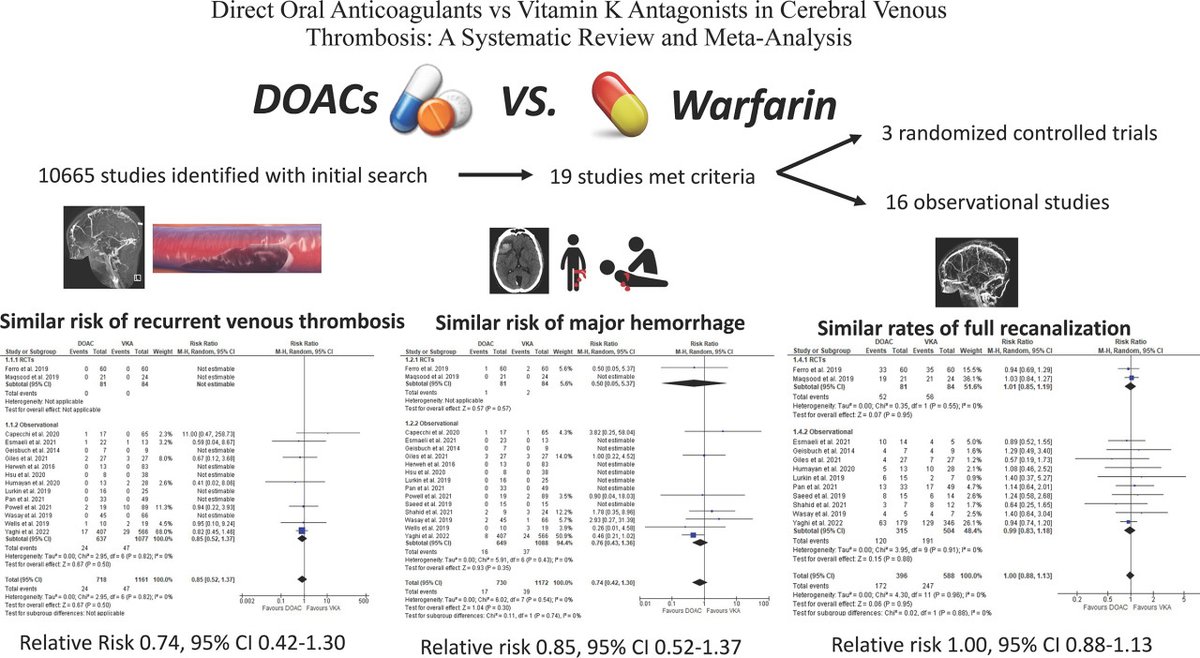 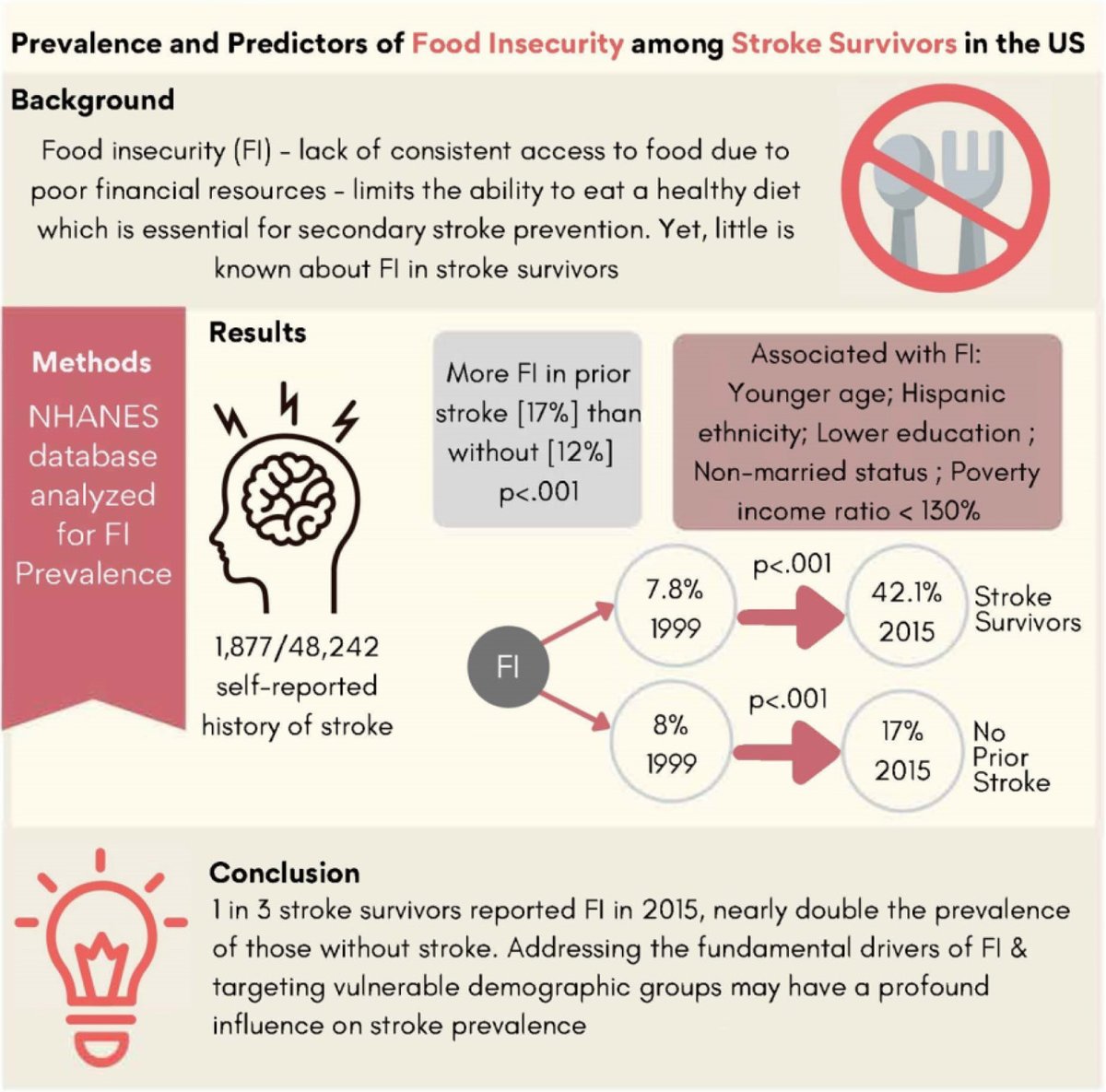 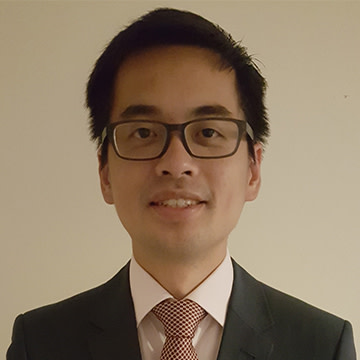 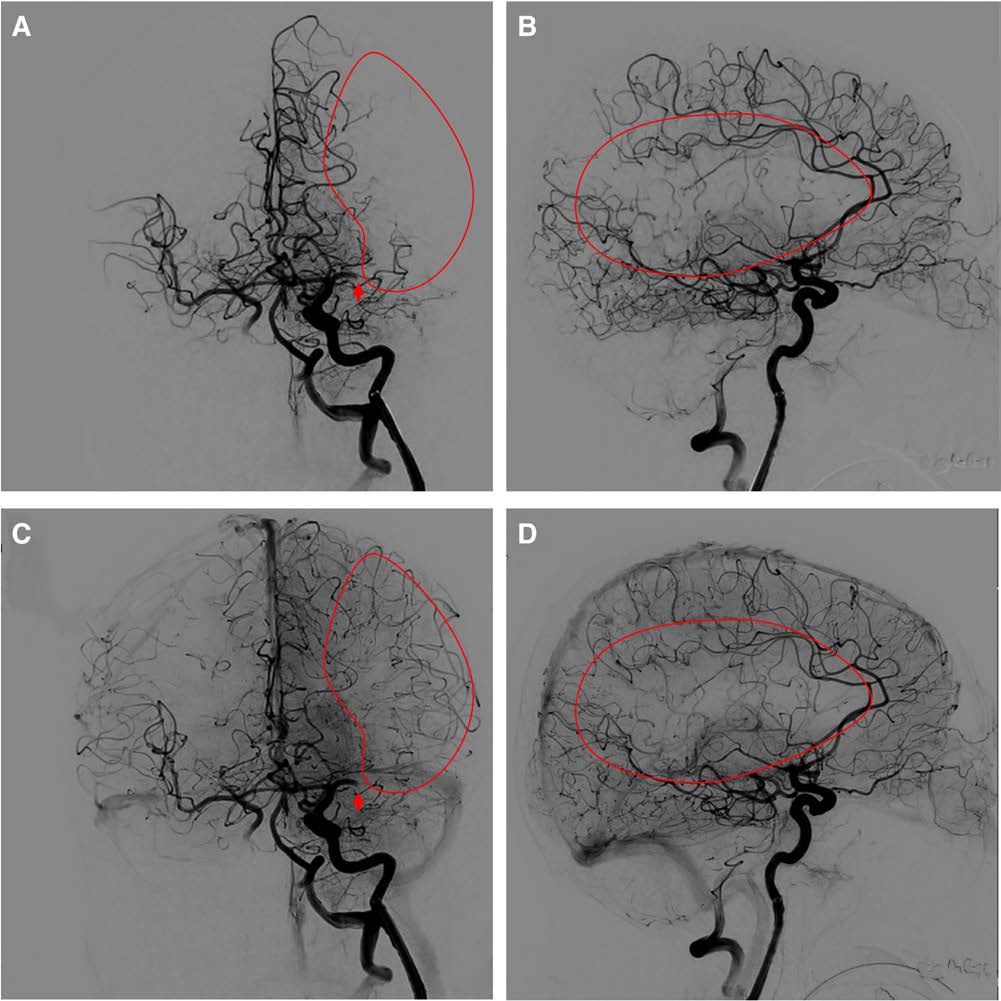 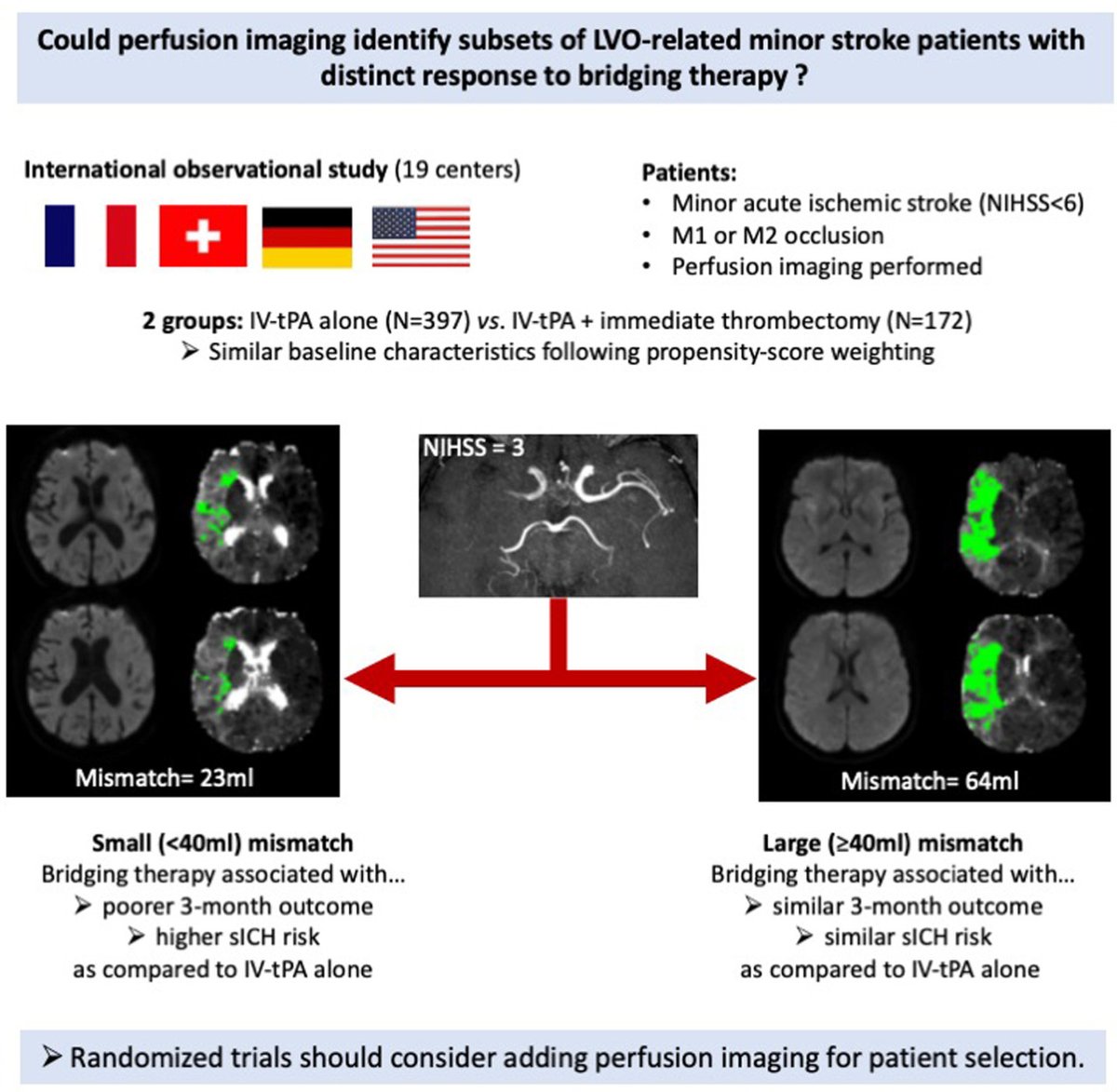