The etiologies of cerebral infarcts have always been under scrutiny. As it stands today, about a third of strokes are still cryptogenic. The impact of stroke does not need to be emphasized to the audience of this blog. Despite staggering data with modern technological advances, a significant percentage of stroke patients remain a mystery. The solace is that we have made some advances, wherein I can introduce this hot topic of discussion: atrial cardiopathy.

The term atrial cardiomyopathy was first published in 1972, to describe a familial syndrome affecting the atria and atrioventricular system with resultant rhythm abnormalities. The term has percolated through the years, evolving in its definition. The current definition for atrial cardiopathy, created by the European Heart Rhythm Association, is the most accepted one: any complex structural, architectural, contractile or electrophysiological changes affecting atria with potential to produce clinically relevant manifestations. This suggests that the various markers of atrial cardiopathy include Left Atrium (LA) size, Left Atrial Appendage (LAA) function and morphology, P wave terminal force on EKG, atrial ectopy and serum BNP.

It must be understood that certain markers of atrial cardiopathy, specifically the LAA morphology, require additional CT or MRI imaging. LAA function requires additional physiologic testing. Thus, not all the parameters can be judiciously quantified. Currently, the ‘grade’ or ‘degree’ of atrial cardiopathy is not well defined. The prevailing classification system is based on histopathology. This would require an atrial pathology specimen, which is not practical.

As opposed to atrial fibrillation (AF), where chronic or paroxysmal are both associated with high stroke risk, there is no data available yet on atrial cardiopathy. While we have the CHADS2 and its subsequent revisions to guide management of AF, no such tool is present for atrial cardiopathy. Is the stroke risk an all or none phenomenon, or does it increase based on the degree and extent of atrial cardiopathy? The intuitive expectation is that the larger the LA, the higher the BNP, and, in general, the more profound the dysfunction, the greater the risk of thromboembolism. It is certain that after a few more studies are published, more data will be available to make these analyses and answer these questions. It is then that a risk stratification tool can be generated to quantify the risk. Taken out of context, Zelda Fitzgerald had said “Nobody has ever measured, not even poets, how much the heart can hold.” True, on many levels. Personally, I think the heart holds the key to cryptogenic strokes. We only have to have the enterprise to look inside. 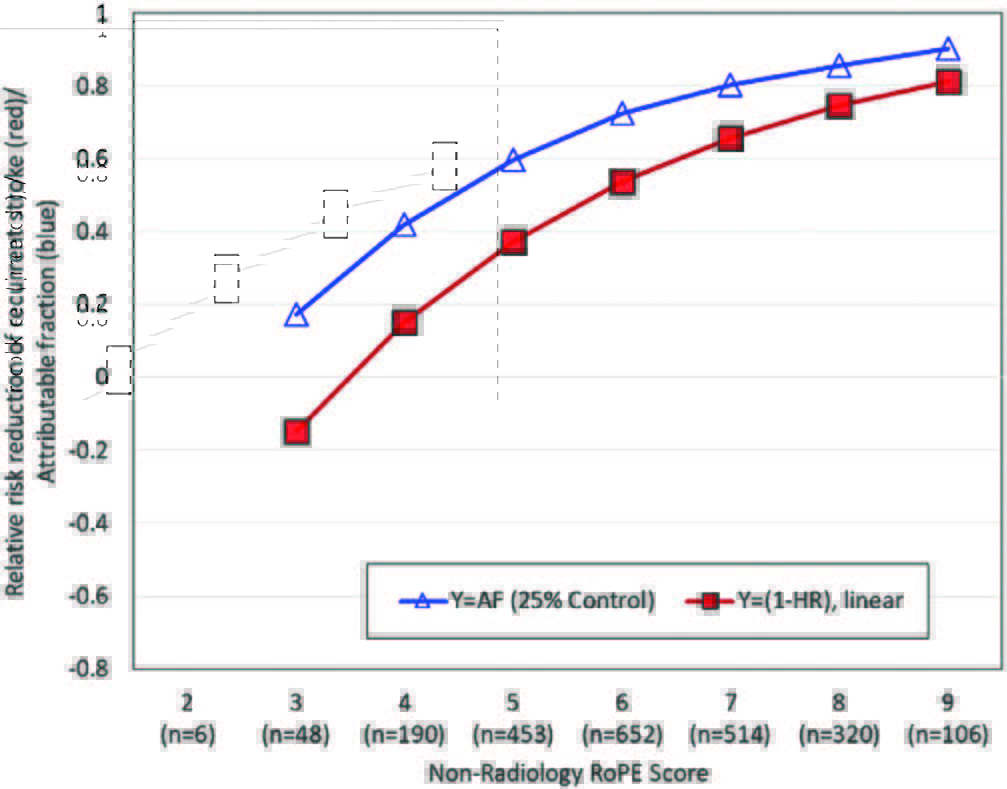